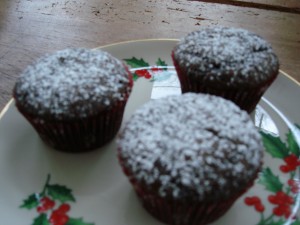 Here’s another guest post from my mystery blogger.  Many of us can relate to her story of secrecy.  Understanding why we treat ourselves unkindly is a key to coming out from underneath the emotional weight.  There is always a reason we start an unsupportive habit, and it usually starts with judgmental thoughts.  Then the patterns continue on their own after a while, with more negative thoughts to hold them in place, often for years or decades.  Read on . . .

When my daughter was maybe four, she and my husband played a game called hutting. They would sit on the floor with a blanket over them so they were enclosed in a little tent or hut. In the magical hut were all the treats and goodies you could ever imagine. “Oh! Donuts!” my daughter would squeal in delight. Then I would hear munching noises and “Mmmmm” as they thoroughly experienced every morsel. Next might come pie or chocolate chip cookies and so the fun and laughter continued until they decided they wanted to come out from under the blanket.

Hidden binge eating is the pitiful, twisted twin of the light-hearted hutting game. Overtaken by this evil twin, I robbed myself of opportunities by hiding under that blanket instead of living. I remember one beautiful summer day at a lake party when I was about fifteen. After lunch, everyone went out to have fun at the lake, swimming, skiing, and playing games. But I had seen the Oreos on the food table and, while I did not and would not eat them for lunch while everyone was around, I could not get them out of my mind. I stayed back and took that package of cookies into my “hut” and finished them off. Wearing a swimming suit was now out of the question so I just sat in the house feeling gross. What a fun afternoon!!

For a short time after I left home, I lived with two ladies, one old and the other very, very old. They were mother and daughter. The very, very old lady liked her sweets so the daughter always kept the pantry stocked with a box of cookies. One time (or possibly two or three) I ate those cookies, even though they were not mine. The daughter remarked about how her mother was eating a lot of cookies but I did not own up and I was not found out because the very, very old lady was also deaf. I stole cookies and let it be blamed on a deaf, old lady. What was wrong with me? I had intended on buying a new package and putting them back (I really did.), but now I could not because they would find out about me. The blanket would come off the hut! Never in my life had I ever stolen anything before.

I never stole again, but I have kept myself trapped in the hut for over forty years, all windows boarded shut, hiding the bingeing, hiding my body in baggy, ugly clothes, and hiding my despair and shame. Meeting me, you would not know any of this. I am usually a smiling, upbeat person, but it is all there, buried at the bottom of a box in a deep, dusty corner of the basement.

Since I started seeing Kim and talking with her about mindfulness and eating, I have been able to work up the courage to confess to her, little by little, about my big and terrible secret. She never judges me. A few weeks ago, she suggested that I write these blog posts. By doing that, I am prying the boards off the windows and feeling a little sunshine on my face. The evil twin hates sunshine. Maybe she will melt away.